December 18 Arrived in Moscow yesterday and announced to Neil how I never get jet lag anymore. Yes, I had fallen asleep in the car on our way to the (pretty much closed and also pitch dark) outdoor Christmas market that evening. And again on the way home – probably with my mouth open. Oh dear. But I managed to stay awake and alert until 11pm, when I went to bed feeling extremely smug.

The next day, when I surfaced 14 hours later (!!) at 2:30pm, Neil burst into the kitchen saying: “You must tell me your marvelous secret about how not to get jet lag!” Neil is very droll. By 9:42am the next day, without one single wink of sleep all night, I was thinking I would like to know that secret myself. My new plan to stay awake all day, no naps, borrow a sleeping pill and wake up the next day with no jet lag would have gone awry if Neil hadn’t bashed on my door at 10am shouting: “Get up!” Thank the lawd my gigs don’t start until Thursday.

Meanwhile, had such a great time hanging out with Neil. Really great friends you’ve known for years are like siblings. You can do errands and all sorts of otherwise boring things that are not dull at all just because you are with them. Or that’s how I feel about my siblings, anyway. I have excellent brother karma! So, hanging out reading while Neil was working on a story for the New York Times (he’s the Moscow Bureau Chief) was fab – although I wasn’t thrilled with the book I bought at the airport. It got all kinds of accolades but … eesh! What is it with books you aren’t enjoying but continue to slog through anyway? I can’t put them down! (in a bad way). However, I loved William Faulkner’s Light in August, which I finished on the plane.

It was nice to investigate Moscow a bit more this time, but without getting horrendously lost like my first time. We came from the airport on a very civilized train, which even had a tea lady walking up and down the aisles. 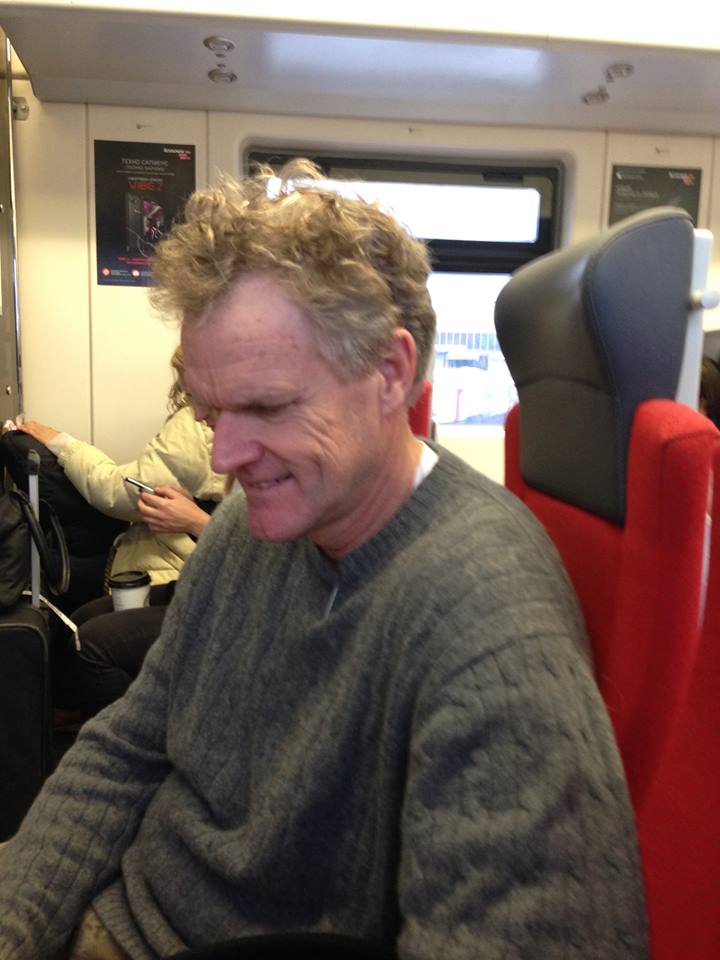 That night we went to the Christmas market. Okay it was closing, but I’d been before so I didn’t mind. On the way home we stopped off at a version of BestBuy to look at blenders. I love regular shops and supermarkets when I am in foreign places. Even – or perhaps especially – when all the labels are in Cyrillic. We also had sushi. Not the best ever but it was worth it to see Neil ordering sushi in Russian. I was impressed.

I had a secret hankering to visit IKEA (which is open until 2am in Moscow), but Neil had all sorts of deadlines so it was out of the question. I don’t think it was because it was IKEA, because I have been to the one in Brooklyn with Neil once or twice in the past. But it is true that men (at least men I know) are often a little allergic to IKEA. Billy gets nauseous in all stores except (strangely … or perhaps not so strangely) audiophile stores. He says it is the lighting. Hmmm.

Moscow is full of surprises and so pretty. On the way home we bought beautiful white tulips for Eva in the otherwise deserted underpass where a drunk tried to buy flowers from me at the stall (I look Russian, I’m told. At least I hope that was why  … not because I look like the sort of person who would be selling stolen tulips in deserted Moscow underpasses). The next day I found Neil arranging them lovingly in a vase to put on Eva’s desk to welcome her home. Sweet. I love hanging out with couples. They make me – child of divorce – feel settled! Or maybe that’s because I am nine years old.

Wandering around outside after eating, I was so happy when it finally snowed. December in Moscow with no snow felt just… wrong. We walked around this gratuitously pretty square overlooked by a benevolent Pushkin, and found a sort of ice playground with a carved ice queen with coins embedded onto her dress. I pressed a penny into her lap and made a wish. Then Neil took me to a pile of broomsticks – saying I could give us a ride home (like I said, very droll). 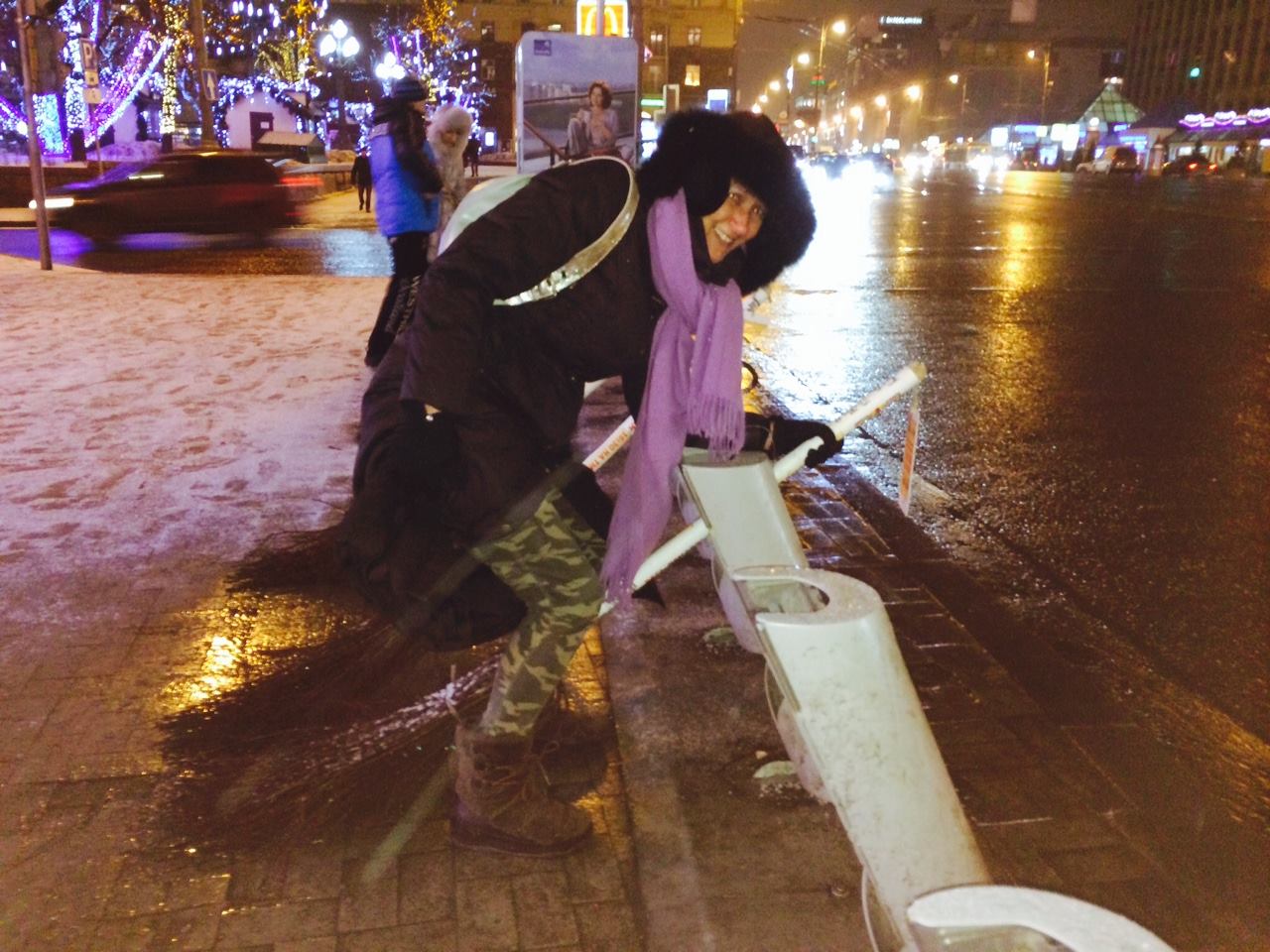